The United Nations has welcomed the delay of Democratic Republic of Congo’s presidential election, with the hope that it will allow Congolese “to express themselves freely” during the ballot.

Presidential, legislative and provincial elections had been scheduled for Sunday in the vast, volatile African country, defusing a two-year crisis over the future of President Joseph Kabila.

But on Thursday the Independent National Election Commission (CENI) ordered the postponement, saying a warehouse fire had destroyed voting materials.

“The members of the Security Council expressed their hope that this delay will permit the creation of favorable conditions for the Congolese people to express themselves freely” on December 30, the 15-member Council said in a statement.

In its statement, the Security Council reiterated the readiness of MONUSCO, the UN peacekeeping mission in DR Congo, “to provide support if requested.”

Kinshasa has several times said it wants to organize the elections without financial aid or logistical support from the European Union or the UN.

The UN also “called on all parties to engage peacefully and constructively in the electoral process,” to ensure “a transfer of power in accordance with the Congolese Constitution and the 31 December 2016 Agreement.”

Barely twenty-four hours after the elections body, CENI, announced a delay of the December 23 polls, main opposition candidates have reacted differently to the development.

Martin Fayulu, leader of the Lamuka coalition, said he disagreed with CENI’s position  “As far as I know, the president of the CENI said that come rain or shine there will be elections on December 23, 2018.

“So, I think we must expect these elections and we cannot accept that Mr. Naanga will change his position today,” Martin Fayulu said.

On the flip side, Felix Tshisekedi, leader of a two-man coalition called for calm on the part of his supporters and accepted the poll delay. He said his team will continue to campaign till next Friday ahead of the December 30 new date.

CENI cited the loss of electoral material to a blaze at a warehouse in the capital Kinshasa as the main reason for the delay. The delay has led to security forces breaking up protests in parts of the country. 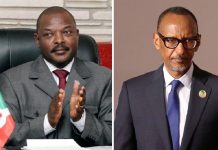 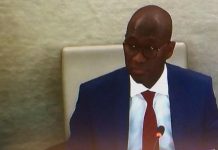 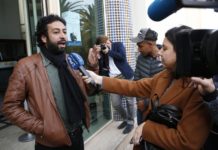 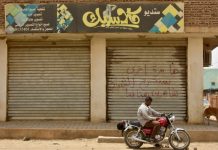