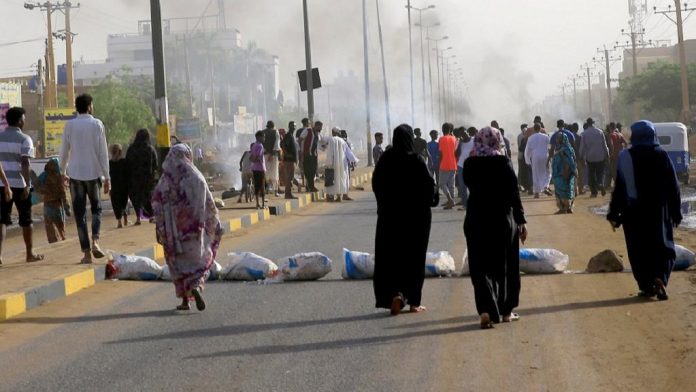 The deputy chief of Sudan’s ruling military council said Thursday the military has identified the perpetrators of the violent dispersal of a pro-democracy sit-in earlier this month, but said he won’t reveal their identities because of an ongoing investigation.

Sudan’s security forces violently swept away a camp of demonstrators in the capital of Khartoum on June 3. They had been holding a sit-in to pressure the military council to hand power over to civilians.

At least 128 people have been killed and hundreds wounded during the break-up and since then, according to protesters. However, authorities say only 61 have died, including three security forces.

On Thursday, Gen. Mohamed Hamdan Dagalo, better known by his nickname Hamedti, said he won’t reveal the identities of the “perpetrators” so as not to influence an ongoing military investigation.

Dagalo warned of impostors posing as troops among the Rapid Support Forces, who protesters blame for the bulk of the killings. Dagalo, who leads the RSF, said the military had arrested dozens of people wearing RSF uniforms and committing violations. On Wednesday alone, nine impostors were arrested, he said.

“Anyone who had crossed his limits whether they are from the military or civilians, I swear to God, will stand trial,” said Dagalo in an address to a military-backed women’s rally in Khartoum. He did not release any other details from the military investigation.

The military council took over the country after massive protests drove longtime autocratic president Omar al-Bashir from power in April. Negotiations with protesters reached a deadlock following the clampdown on their sit-in.

Last week, the spokesman for the ruling military council, Gen. Shams Eddin Kabashi, acknowledged that the military had committed violations while dispersing the sit-in and that an investigation was underway.

The dispersal was an alarming turn in the standoff between the protesters and the military, which removed President Omar al-Bashir from power in April after a months-long popular uprising against his 30-year rule.

The crackdown elicited a storm of international criticism of the ruling council and culminated in the suspension of Sudan from the African Union. Leaders of the protest movement called for an international investigation into the killings, a demand vehemently opposed by the generals.

The regional Inter-Governmental Authority on Development, or IGAD, said Wednesday it was concerned about the interference of “external actors and proliferation of initiatives” to bridge the gap between the military council and protest leaders in Sudan. The group didn’t name specific countries or entities it believed to be interfering in Sudanese affairs.

The main initiative to break the impasse in Sudan has been led by Ethiopia’s Prime Minister Abiy Ahmed, who is also chairman of the IGAD summit. Earlier this month, Ethiopian envoy Mahmoud Dirir said Sudan’s generals and protest leaders would resume negotiations “soon,” but there has so far been no progress.

IGAD called for “all external actors to rally behind the IGAD and (African Union) mediation process.” 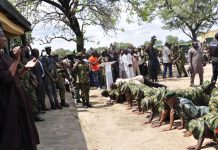 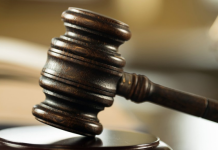 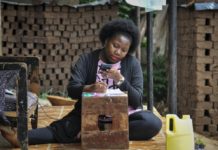 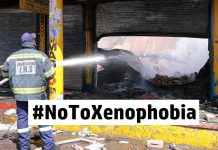