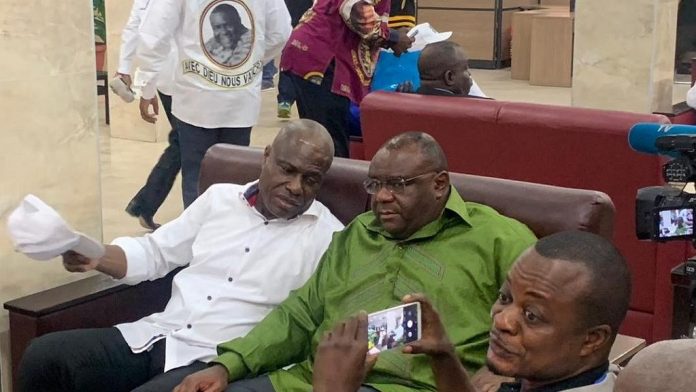 Congolese opposition figure and former warlord Jean-Pierre Bemba arrived discreetly in Kinshasa on Sunday morning for his second return to the Democratic Republic of Congo in less than a year after being convicted and acquitted by the International Criminal Court (ICC) and serving ten years in prison.

Upon his descent from a private jet from Brussels, Mr. Bemba was welcomed by Martin Fayulu, who claims victory in the June 30 presidential election won by Felix Tshisekedi according to the official results of the Electoral Commission validated by the Constitutional Court.

Near the airport, the crowd was very small compared to the thousands of people who greeted his first return from exile on August 1 after eleven years of absence.

Mr. Bemba had only stayed in the DRC for a few days to stand as a candidate in the presidential election, which was finally invalidated by the electoral commission.

He returned to Belgium from where he led the Lamuka coalition around Mr. Fayulu’s candidacy with another opposition tenor, former Katanga Governor Moïse Katumbi.

“I look forward to meeting you again so that together we can strengthen unity of vision and action for a prosperous Congo,” Bemba posted on his Twitter account a few days before his second return.

Differences have emerged within the Lamuka coalition.

Mr. Fayulu embodies radical opposition and demands the “truth of the ballot box”.

When Moise Katumbi returned from a three-year exile a month ago, he declared that he would not fight Felix Tshisekedi but would make the “republican and demanding opposition”.

A losing candidate for the 2006 presidential election against former President Joseph Kabila, former Vice-President Bemba spent ten years at the International Criminal Court (ICC) prison for crimes committed by his troops in the Central African Republic, before being acquitted and released on appeal.

He returns to the DRC while President Tshisekedi is bound by a coalition agreement with his predecessor Joseph Kabila, who has kept a large majority in Parliament. This agreement has still not led to the formation of a government.

Lamuka coalition leaders are planning demonstrations next Sunday on Independence Day to protest against the invalidation of some 20 of their deputies by the Constitutional Court. 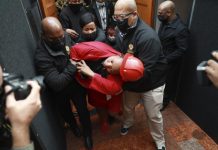