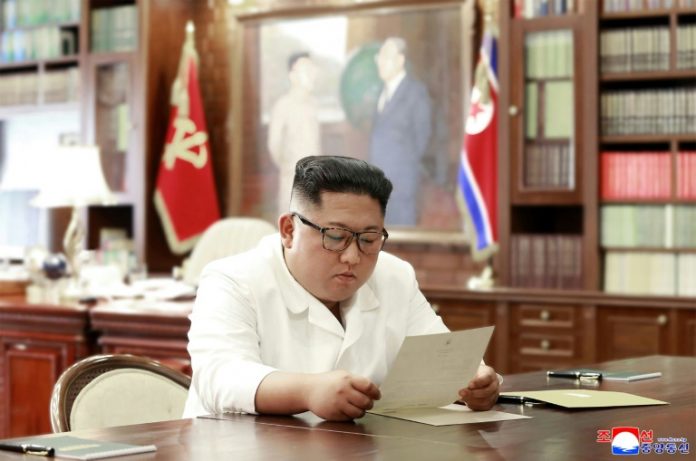 Talks have been stalled since the collapse of a second summit between the two leaders in February after they failed to agree on what the North would be willing to give up in exchange for sanctions relief.

The two sides have blamed each other for the breakdown but both have expressed a willingness to meet again, with Trump saying earlier this month that he had received a “beautiful letter” from Kim.

On Sunday, the North’s official Korean Central News Agency (KCNA) reported that Trump had written to Kim, who “said with satisfaction that the letter is of excellent content”.

The report gave no further detail about the content of the letter or when it was sent and received.

The front page of North Korea’s official Rodong Sinmun newspaper carried a photo of Kim holding Trump’s letter as he read it in his office.

In a statement the White House confirmed “a letter was sent by President Trump and correspondence between the two leaders has been ongoing.”

South Korea’s presidential Blue House said it was aware of the correspondence through its communication with Washington, and described the exchange as “positive”.

Kim told Xi that his visit was an opportunity to demonstrate “the immutability and invincibility of the DPRK-China friendship before the world”, KCNA said, using the abbreviation of North Korea’s official name.

Analysts say the North’s apparently friendly overtures to Trump signalled that Pyongyang was ready to break the deadlock with Washington.

“China holds the key to what North Korea wants the most — security guarantee and economic development,” Koh Yu-hwan, a professor at Dongguk University in Seoul, told Sky News Africa.

“After getting China’s promise that it will actively help on these two issues, Kim is reaching out to the US.”

Xi is expected to meet Trump later this month in Japan during the G20 summit and analysts say the Chinese president intends to use his trip to the North as a way of signalling to Trump his influence with Kim.

Trump and Kim held a groundbreaking summit in Singapore last year — the first-ever meeting between a North Korean leader and a sitting US president — where the pair signed a vaguely-worded deal on denuclearisation.

But in Hanoi this year, Washington accused Pyongyang of effectively demanding an end to all sanctions for partial disarmament, while the North said it wanted some measures eased in return for closing all the nuclear facilities at its Yongbyon complex.

Since then, Pyongyang has accused Washington of acting in “bad faith” and given it until the end of the year to change its approach.

The two sides have not resumed direct talks, while the North raised tensions last month by firing short-range missiles for the first time since November 2017.

Yang Moo-jin, a professor at the University of North Korean Studies, said the written correspondence between the leaders was “very meaningful”.

“The letter diplomacy shows they are communicating even though there is a lull in talks,” Yang said.

This is not the first time the two leaders have opted for more traditional means of communication.

Less than a month before the Singapore summit, Trump wrote to Kim to call it off, telling the North’s leader not to “hesitate to call me or write”.

And in September 2018, the White House said Kim sent a “very warm” letter to Trump seeking a second summit. 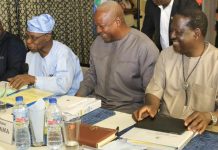 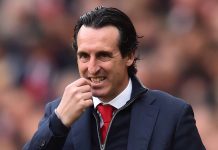 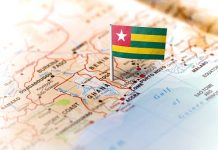 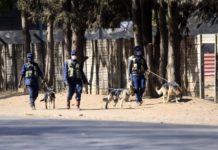