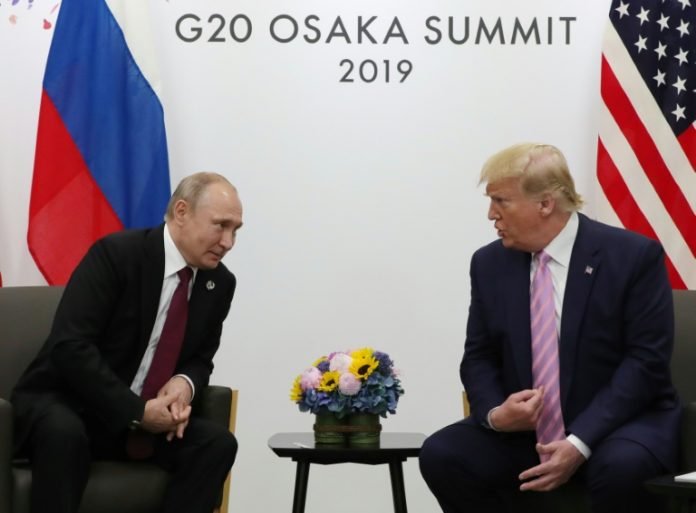 Much of Donald Trump’s presidency has been overshadowed by allegations Moscow helped get him elected, but when it came to confronting Vladimir Putin on the issue, the US president did it in a joke.

“Don’t meddle in the election, president, don’t meddle,” Trump said with a smile, waging his finger playfully at the Russian leader as the pair held talks in Osaka on Friday, on the sidelines of the G20.

Putin said nothing, but grinned in response to the comment, which came only after a reporter shouted a question, asking whether Trump would warn Putin about influencing the presidential vote next year.

The meeting was the first time the two leaders have held face-to-face talks since a controversial meeting last year in Helsinki.

Trump has been dogged throughout his presidency by allegations of suspicious ties to Russia.

A major probe led by special prosecutor Robert Mueller found there was an organised Russian campaign to influence the 2016 election won by Trump.

It found contacts between Russian operatives and Trump’s election campaign, but no evidence of a joint plot, and the US leader has characterised the findings as exonerating him.

Ahead of his meeting with Putin, Trump brushed aside questions from reporters about what they would discuss.

“What I say to him is none of your business,” he said at the White House.

Russian forces head for Syrian-Turkish border in blow to Kurds 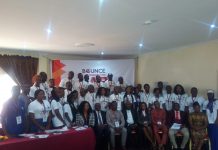 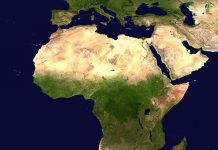 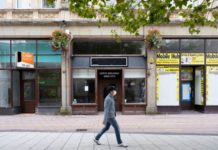 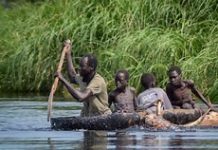 Ghosn wins bail in Japan but banned from seeing wife