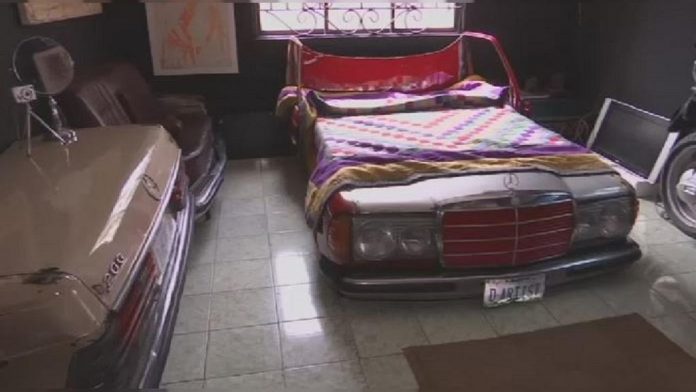 A Nigerian-Ghanaian artist is redefining the furniture industry in Nigeria.

A bed made from a Mercedez Benz 200 series among other projects can be found in his art studio in Port Harcout.

The 44-year-old, hopes his pieces will help preserve the history and memories that he believes are found in the pre-loved vehicles.

“Someone had created a table, an office desk with it, so I felt it will be a good idea using a flat boot with it because it has a flat back to create this space, to recreate my office I used my father’s car and ever since everybody is in love with the thing, so it pushed me to using the other parts of the car to make other things and that’s how I started”, Tantua said.

In 2016, Tantua made a table from his father’s old car. The response to his creation was positive and so he began marketing his inventions. A year later, he hosted a solo exhibition at a car showroom with the hope of igniting a conversation around recycling.

“They are not what you can find any and everywhere, they are special cars which are celebrated, used and celebrated. Sometimes I leave them in their bad shape and try to make sure that there is less rust on it again. I make sure that for every piece of mine you find you would want to go back to it and take a photograph. You would want to be a part of it in some way’‘, he added.

Otome Okolo, is a lawyer based in Lagos. She purchased furniture made from an old Mercedez Benz for her living room in 2018. And she’s seem pretty happy about the product.

“Aside from having a piece of art that is beautiful, it’s useful, it’s a relic. We all know from the past that Mercedes Benz is something that Nigerians cherish and something that my father drove’‘, an enthusiastic Okolo said.

The Applied Arts graduate gets his parts from junkyard and car owners. Tantua also buys grounded ones.

“The finishing I want for my work also determines how it turns out so I spend a lot of time, we’ve made a lot of mistakes, we’ve done a lot of things, we’ve redesigned again got back to the drawing board, work on it. It hasn’t been easy and till now I am still learning, I am still trying to get exactly what I wan”. the artist said.

Tantua’s furniture go for between $1,400 to $7,000 depending on car parts used and complexity of the project. 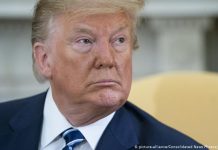