We cannot watch bandits take over the State: we are continuing our raid to rid them off Nigeria’s north central Plateau: we must live in peace, even as we approach the yuletide season, says the Commander, Special Task Force (STF), Maj. Gen. Chukwuemeka Okonkwo.

Speaking on Friday at the headquarters of the STF, Okonkwo said 33 suspects were arrested for different offences ranging from armed robbery to kidnapping, cultism and their sponsors.

Parading the suspects, the General said they were picked from different parts of the State, saying that the raid is in continuation of the task force determination to rid the State of hoodlums.

“On the 26th of November 2020 troops engaged a gang of armed robbers within Jos South Local Government Area. One of the robbers was neutralized while others fled with gunshot wounds. A locally fabricated pistol and some quantities of ammunition were recovered from the armed robbers.

“We are resolute in ensuring that armed robbers, cultists and kidnappers have no hiding place on the Plateau: we shall continue to hunt them so as to have a peaceful yuletide season”, Gen. Okonkwo said. 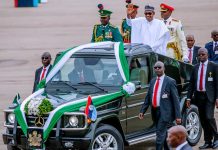 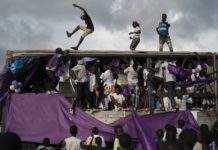