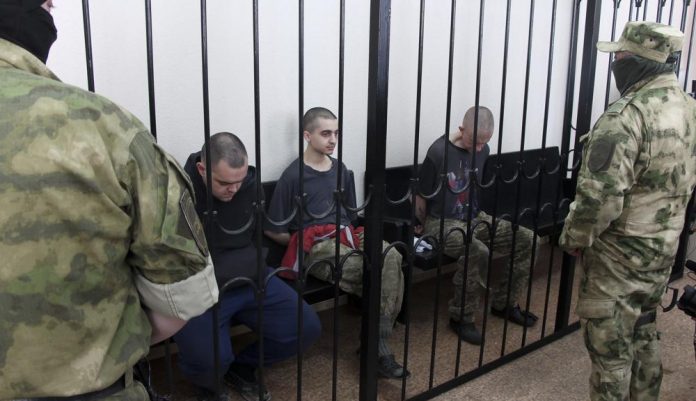 Two British citizens and a Moroccan were sentenced to death Thursday for fighting on Ukraine’s side, in a punishment handed down by the country’s pro-Moscow rebels.

The proceedings against the three captured fighters were denounced by Ukraine and the West as a sham and a violation of the rules of war.

Meanwhile, as the Kremlin’s forces continuing a grinding war of attrition in the east, Russian President Vladimir Putin appeared to liken his actions to those of Peter the Great in the 18th century and said the country needs to “take back” historic Russian lands.

A court in the self-proclaimed Donetsk People’s Republic in Ukraine found the three fighters guilty of seeking the violent overthrow of power, an offense punishable by death in the unrecognized eastern republic. The men were also convicted of mercenary activities and terrorism.

Russia’s state news agency RIA Novosti reported that the defendants — identified as Aiden Aslin, Shaun Pinner and Brahim Saadoun — will face a firing squad. They have a month to appeal.