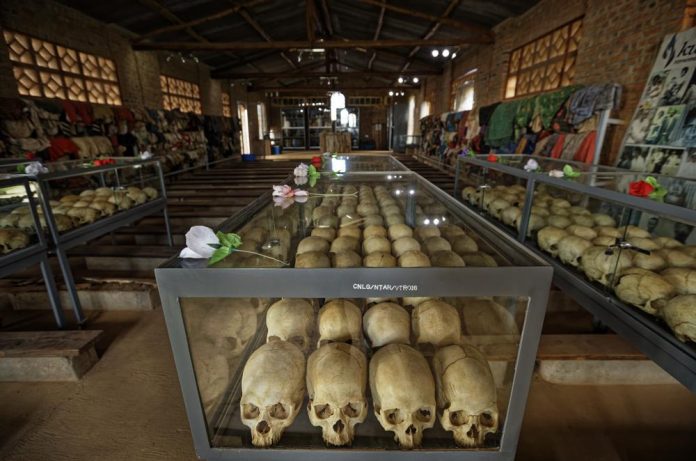 A frail 87-year-old Rwandan accused of encouraging and bankrolling the country’s 1994 genocide boycotted the opening of his trial at a United Nations tribunal Thursday, nearly three decades after the 100-day massacre left 800,000 dead.

Félicien Kabuga is one of the last fugitives charged over the genocide to face justice. Even without him in court, the start of his trial marks a key day of reckoning for Rwandans who survived the killings or whose families were murdered.

Presiding Judge Iain Bonomy said the proceedings could start without Kabuga, who did not attend amid a dispute over his legal representation.

The court’s chief prosecutor, Serge Brammertz, said Kabuga’s no-show was “a strategic decision.” Brammertz said that throughout preparations for trial, “he had a lawyer, very competent lawyer representing him. So as far as we are concerned, the proceedings are absolutely guaranteed.”

The mass killing of Rwanda’s Tutsi minority was triggered on April 6, 1994, when a plane carrying President Juvénal Habyarimana was shot down and crashed in the capital, Kigali, killing the leader who, like the majority of Rwandans, was an ethnic Hutu. Kabuga’s daughter married Habyarimana’s son.

The Tutsi minority was blamed for downing the plane. Bands of Hutu extremists began slaughtering Tutsis and their perceived supporters, with help from the army, police, and militias.

Brammertz said the trial is significant after a long wait for justice. Some 50 witnesses will testify for the prosecution, including many in Rwanda and some serving prison sentences, he said.

“This trial will also be an opportunity to remind the world again of the grave dangers of genocide ideology and hate speech,” he said in a statement. “Kabuga had a central role in provoking hatred of Tutsis, dehumanizing innocent civilians and paving the way for genocide.”

In his opening statement, prosecution lawyer Rashid Rashid described Kabuga as an enthusiastic supporter of the slaughter who armed, trained and encouraged murderous Hutu militias known as Interahamwe.

Rashid said the trial was opening nearly three decades after the genocide because of Kabuga’s determined efforts to evade capture.

In Rwanda, Naphtal Ahishakiye, the executive secretary of a genocide survivors’ group known as Ibuka, said ahead of Thursday’s hearing that it’s never too late for justice to be delivered.

“Even with money and protection, one cannot escape a genocide crime,” Ahishakiye said in Rwanda ahead of Thursday’s trial at the International Residual Mechanism for Criminal Tribunals in The Hague.

Rashid described Kabunga as a wealthy businessman with close links to the Hutu political elite, who incited genocide through the RTLM broadcaster he helped fund and establish. In some cases, it provided locations of Tutsis so they could be hunted down and killed, he said.

Kabuga is also accused of having paid for weapons, including machetes, used by militias to slaughter Tutsis and their perceived supporters.

Kabuga “did not need to wield a rifle or a machete at a roadblock, rather he supplied weapons in bulk and facilitated training that prepared the Interahamwe to use them,” Rashid said.

“He did not need to pick up a microphone and call for extermination of Tutsi … rather he founded, funded and served as president of Radio Télévision Libre des Mille Collines (RTLM), the radio station that broadcast genocidal propaganda across Rwanda.”

Rashid called the broadcaster a “mouthpiece for anti-Tutsi propaganda” and said Kabuga’s trial was about holding him accountable for his “substantial and intentional contribution to … genocide.”

After years of evading international efforts to track him down, Kabuga, who had a $5 million bounty on his head, was arrested near Paris in May 2020. He was transferred to The Hague to stand trial at the residual mechanism, a court that deals with remaining cases from the now-closed U.N. tribunals for Rwanda and the Balkan wars.

Kabuga’s lawyers argued unsuccessfully that he was not fit to stand trial. However, on the advice of doctors who examined Kabuga, the process will run for just two hours per day. The first evidence in the case is expected to be heard next week and will take months to complete.

Yolande Mukakasana, a genocide survivor and writer who lost her entire family in the genocide, said the case has come too late for many survivors who have died since the slaughter.

“Men and women of Kabuga’s age were found in bed and murdered. Shame (upon) his sympathizers who cite his old age as a reason not to (stand) trial,” she said. 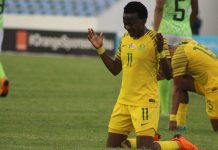 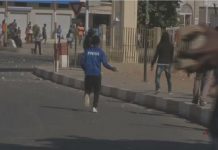 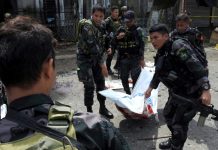