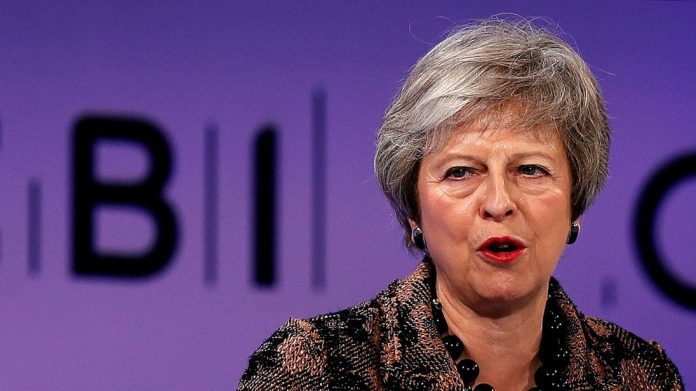 Conservative MPs hoping to oust Theresa May have been warned it’s now or never – or else she could lead the party into the next election.

Brexiteer Jacob Rees-Mogg’s stark warning to his Tory colleagues comes amid suggestions the rebellion against the PM has stalled.

The North East Somerset MP – seen as a standard bearer for the eurosceptic cause – dramatically declared he had submitted a letter of no confidence in Mrs May last week.

Mr Rees-Mogg acknowledged getting the 48 letters of no confidence from Tory MPs – 15% of the parliamentary party – needed to trigger a vote has proven to be “quite difficult”.

“I think it is now or the prime minister will lead the Conservatives into the next election,” the leader of the European Research Group of Tory MPs told journalists.

More than 70,000 people have signed our petition – have you?

“You find MPs privately who will say to you they think that is a really good idea in any number and I would be quite surprised.”

Mr Rees-Mogg denied suggestions his actions could cause a Tory split, claiming the “real danger of a split would come in the event that the prime minister got this deal through on the back of Labour votes”.

He was speaking after launching a report designed to rebut claims that a “no-deal” Brexit would lead to a damaging increase in trade friction.

Despite disquiet about her Brexit agreement, Mrs May is pressing ahead.

The PM’s official spokesman said: “It is part of the ongoing negotiation process. I wouldn’t anticipate shaking of hands on a final document.”

She will head to Brussels after the Democratic Unionist Party fired a warning shot at her government.

The Northern Irish party, which is supposed to support Mrs May’s minority government in key Commons votes, refused to back a crucial government finance law.

The party’s Brexit spokesman Sammy Wilson told Sky News the confidence and supply agreement between the two sides was not over, but the move was a warning that there would be “consequences” to the government breaking its promises.

Mr Wilson said the DUP would vote against the Brexit deal if it is put to a vote.

Justice Secretary David Gauke said the government would “continue to talk” to the DUP, pointedly adding: “The best interests of the country as a whole is for us to have a stable government in Westminster – and that requires the DUP to work with us.”

Mr Gauke said the latter would “undermine trust in our democratic system”.

“It’s time for everyone – particularly the Labour Party – to step up to the plate,” he said.

London and Brussels have been at pains in recent days to stress that the withdrawal agreement – which is due to be signed off on Sunday – will not be up for renegotiation and the focus is now on the terms of the future relationship.

However, Spain has warned the EU it will vote against the withdrawal deal if Madrid’s veto over the future status of Gibraltar is not guaranteed.

“As a country, we can’t conceive that what will happen with the future of Gibraltar will depend on a negotiation between Britain and the European Union,” Prime Minister Pedro Sanchez said.