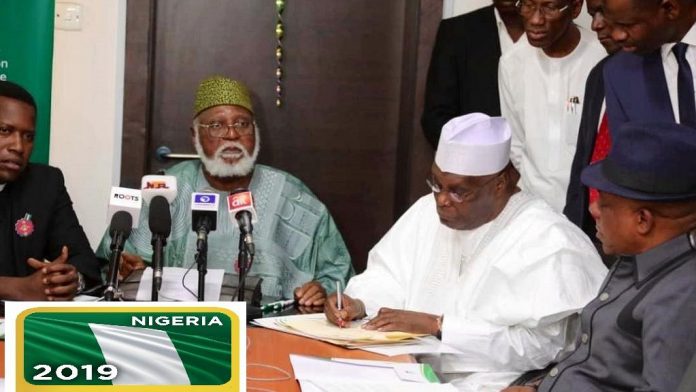 Nigeria’s main opposition candidate, Atiku Abubakar signed an election peace pact on Wednesday, saying a ‘communication lapse’ had prevented him from participating in the initial process with other candidates.

Atiku, Donald Duke and Oby Ezekwesili, were some of the opposition candidates, who were notably absent at Tuesday’s ceremony in Abuja, at which President Muhammadu Buhari and dozens of other candidates vowed to ensure non-violence.

Voters in Africa’s most populous nation go to the polls to elect a new president and parliament on February 16 next year. Gubernatorial and state assembly elections follow two weeks later.

The Peoples Democratic Party (PDP) said Abubakar was not at the event “due to (a) communication lapse between the National Peace Committee (NPC) and our party’s national secretariat”.

But it added that both the party and Abubakar were “fully committed to a peaceful electoral process and elections in 2019”.

Ezekwesili, who was education minister under Olusegun Obasanjo and is an ex-World Bank vice-president, also signed the peace accord on Wednesday.

Abubakar, a former vice-president under Olusegun Obasanjo from 1999 to 2007, was known as a “global ambassador of peace”, it added in a statement issued on Tuesday night.

His spokesman earlier told AFP Abubakar was “not invited” to the event, which was organised by the National Peace Committee. Several other candidates were also absent.

But the committee’s chairman, former military ruler Abdulsalami Abubakar, denied any snub and maintained: “Everybody was invited.”

Security around polling is a recurrent concern in Nigeria, which has a history of violence stoked by identity politics, ethnicity and religion.

In 2011, some 1,000 people were killed after clashes between supporters of Buhari after his defeat to Goodluck Jonathan. 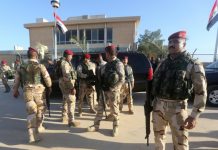 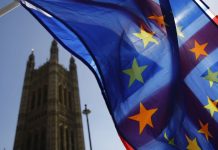 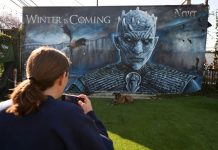 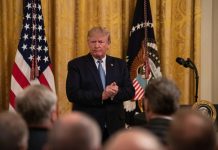