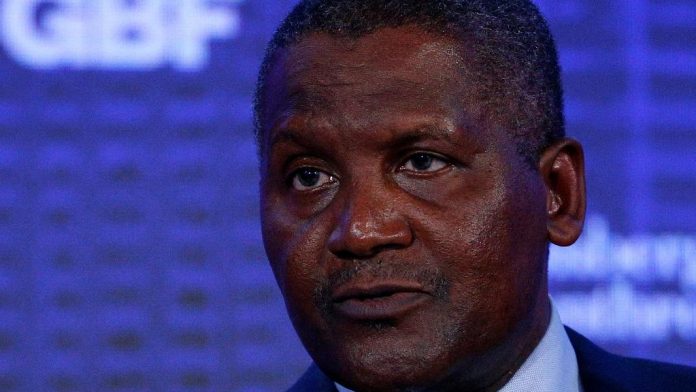 Alhaji Aliko Dangote still maintains his spot as Africa’s richest man according to Forbes Magazine. The magazine disclosed that as at January 11, 2019, the 61-year-old was worth $9.9 billion.

Forbes listed him as the number one on Africa’s list of billionaires for the year 2019. The Kano State indigene in the Nigeria’s northwest region has held the richest man tag for the past few years.

Forbes put much of Dangote’s wealth to his cement business – the continent’s largest producer straddling most sub-Saharan African countries.

The eighth slot had five persons with one of them being Isabel dos Santos, Africa’s richest woman whose wealth is estimated at $2.3 billion.

She is daughter to former Angolan president Jose Eduardo dos Santos and was at a point during her father’s reign head of state oil company. She was fired by new President Joao Lourenco on allegations of financial impropriety – she flatly denies all the allegations.

Others on the eight slot of the list are Zimbabwean telecoms tycoon Strive Masiwiya and South African mining magnate Patrice Motsepe.