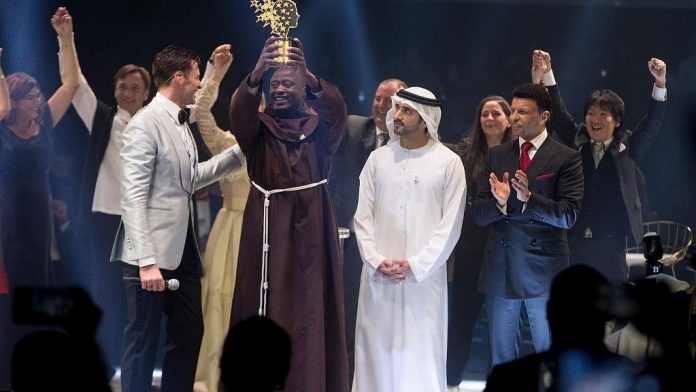 A Kenyan Science teacher, Peter Tabichi on Sunday won the 2019 Varkey Foundation Global Teacher Prize, as recognition for turning lives around in a school with only one computer, poor internet and a student ratio of 58:1.

Winning a $1 million prize, Tabichi will also serve as a global ambassador for the Varkey Foundation, attending public events and speaking in public forums about improving the prestige of the teaching profession.

Our journalist, Jerry Bambi, who hosts the Morning Call, attended the live red carpet gala event in Dubai where all ten finalists for the prize were invited and the winner announced.

Bambi says Tabichi was called up to the stage, amidst loud chants of Kenya and Africa all over the auditorium.

‘‘This prize does not recognise me but recognises this great continent’s young people. I am only here because of what my students have achieved. This prize gives them a chance. It tells the world that they can do anything,’‘ Tabichi said in his acceptance speech.

‘‘Africa will produce scientists, engineers, entrepreneurs whose names will be one day famous in every corner of the world. And girls will be a huge part of this story.’‘

Kenya’s president, Uhuru Kenyatta described Tabichi as a ‘ a shining example of what the human spirit can achieve’.

‘‘Peter – your story is the story of Africa, a young continent bursting with talent. Your students have shown that they can compete amongst the best in the world in science, technology and all fields of human endeavour,’‘ Kenyatta said via video conference.

The story of Brother Peter Tabichi

Peter Tabichi is a Maths and Physics teacher at Keriko Secondary School, Pwani Village, Nakuru, Kenya, who gives away 80% of his monthly income to help the poor.

Brother Tabichi is a Franciscan monk, a member of the Catholic religious order founded by St Francis of Assisi in the 13th Century.

Tabichi mentored his pupils through the Kenya Science and Engineering Fair 2018 – where students showcased a device they had invented to allow blind and deaf people to measure objects.

Taabichi’s students came first nationally in the public schools category. The Mathematical Science team also qualified to participate at the INTEL International Science and Engineering Fair 2019 in Arizona, USA, for which they’re currently preparing. His students have also won an award from The Royal Society of Chemistry after harnessing local plant life to generate electricity.

About the Global Teacher Prize

Now in its fifth year, the US $1 million award is the largest prize of its kind, and was set up to recognize one exceptional teacher who has made an outstanding contribution to the profession as well as to shine a spotlight on the important role teachers play in society.

‘‘I hope Peter’s story will encourage others to enter the teaching profession and shine a spotlight on the truly inspiring work teachers do to make tomorrow brighter than today,’‘ Sunny Varkey, founder of the Varkey Foundation said as he congratulated Tabichi.

The original top 50 shortlisted teachers was narrowed down to ten finalists by a Prize Committee. The winner was chosen from this ten by the Global Teacher Prize Academy.

The Academy received 10,000 nominations from 179 countries. 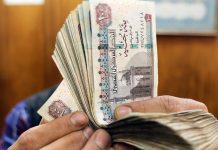 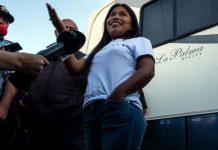