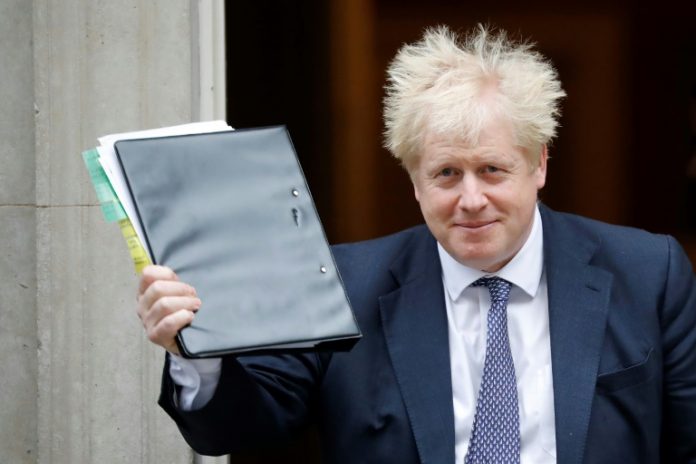 European leaders were deciding whether to postpone Brexit and for how long Wednesday, while Prime Minister Boris Johnson’s eyes turned towards a snap general election.

In tense parliamentary votes on Tuesday, Johnson won preliminary backing for the divorce deal he agreed with the EU, which would have seen Britain leave the bloc on October 31.

But, in a fresh twist to the divorce saga, MPs also rejected his bid to curtail parliamentary scrutiny of the bill and rush it through in a matter of days.

European Council President Donald Tusk has recommended that EU’s 27 other member states grant a flexible extension until January 31, 2020 — to be cut short if Britain ratifies the deal before then.

Johnson sent such a request for a three-month delay but only because he was obliged to do so under a law passed by rebel MPs and the prime minister continues to still insist Britain will leave at end of the month.

Brussels officials are concerned that if they grant too short an extension this could be seen as interfering in Britain’s domestic political timetable, by limiting the space for a pre-Brexit election.

But the decision on how long a prolongation will last will fall to EU member state leaders, many of whom would prefer a shorter delay to keep the pressure on Westminster to approve the deal quickly.

British MPs gave initial backing for the divorce deal agreed with the EU, but then rejected Johnson’s timetable to rush it through parliament

Ireland’s Prime Minister Leo Varadkar told Tusk in a call that he supports the January 31 date, but French officials are talking in terms of a much shorter timeline.

German Chancellor Angela Merkel’s spokesman said the request would “not fail due to Germany”, but another senior official suggested Berlin’s patience is finite.

“If it’s a question of pushing back the date by two or three weeks, to give MPs in London a chance to ratify, then it’s not really a problem,” German foreign minister Heiko Maas told RTL television.

“If it’s a question of pushing Brexit back until the end of January, we’d need to know why. What’s going to happen in the interval and will there be elections in Great Britain?”

France’s minister for European affairs, Amelie de Montchalin, said Paris was open to a Brexit delay “of a few days … to allow the British parliament to finish its procedure.”

Ambassadors from EU member states were to meet later Wednesday in Brussels to begin the decision-making procedure, but no response is expected before Friday.

“My impression is the meeting will serve to have a first picture where individual member states stand,” an EU diplomat told Sky News Africa.

“The position of Tusk is known but some others want a short-term extension,” he said.

Tusk wants the EU leaders to approve the January 31 extension “by written procedure”, but — officials said — if the members’ positions are far apart, an emergency summit could be held on Monday next week.

As it stands, without their unanimous agreement, Britain is due to crash out of the EU in eight days’ time.

On Tuesday, Johnson told MPs that if parliament decided to “delay everything until January or possibly longer, in no circumstances can the government continue with this.

“We will have to go forward to a general election. I will argue at that election: let’s get Brexit done.”

A three-month delay would give time to hold a general election before the New Year — though calling the vote would require the support of two-thirds of MPs.

The Labour main opposition has spurned two previous chances to call an election.

The Britain Elects poll aggregator puts the Conservatives on 35 percent, Labour on 25 percent, the anti-Brexit Liberal Democrats on 18 percent, the Brexit Party on 11 percent and the Greens on four percent.

Polling expert John Curtice told BBC radio that the polls are moving in favour of Johnson’s Conservatives putting him on course for a small but relatively comfortable 20 seat majority.

Businesses and markets on both sides of the Channel fear a no-deal scenario, where Britain severs ties with its closest trading partner with no new plans in place after 46 years of integration.

In the June 2016 EU referendum, 52 percent of voters in the UK backed leaving the bloc, but MPs three times rejected a divorce deal struck by Johnson’s predecessor Theresa May.

Johnson, who took office in July, defied expectations in striking a revised deal last Thursday — and seemed relieved that MPs voted positively for it to be considered further.

It covers EU citizens’ rights, Britain’s financial settlements, a post-Brexit transition period until at least the end of 2020 and new trade arrangements for Northern Ireland. 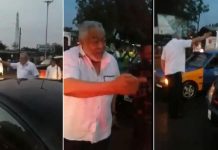 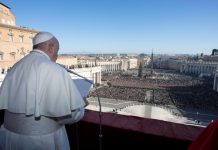 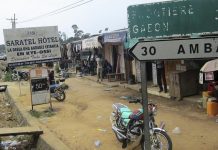 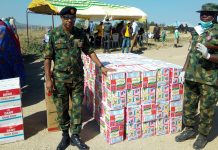