Nigeria’s Governor Simon Lalong, in north central Plateau State, has said any Commissioner who sabotages his effort will not go unpunished.

The Governor said he will also not tolerate any Commissioner or political appointee who does not deliver quality service or perform below expectation.

He stated this on Tuesday, while declaring open, a five-day policy retreat, organised for Commissioners, Permanent Secretaries, and heads of Parastatals, held at the National Institute of Policy and Strategic Studies (NIPSS) in the capital city of Jos.

“There would be no room for laziness, lethargy, negligence and outright disregard for government directives, as severe consequences await anyone who decides to sabotage our efforts”, Lalong said.

He tasked the Commissioners on loyalty, diligence, commitment, probity and accountability, noting that the attributes were crucial to the state’s development plans and key to realising the three-pillar policy thrust of his administration.

With a focus on why the retreat was organised, the Governor tasked the gathering to take a deep look into the challenge of raising funds that are critical to achieving the goals of his administration in better living standards for the people of Plateau.

It would be recall that Lalong swore-in new Commissioners on 7th October 2019, where he clearly stated that his administration has so much to do within a short time and would ensure that every second counts as it delivers on its “Next Level Agenda”. 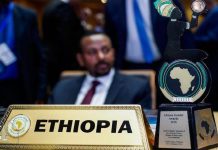