Forty-seven Nigerian men pleaded innocent on Wednesday to a charge of public displays of affection with members of the same sex, an offence that carries a 10-year jail term.

Homosexuality is outlawed in many socially conservative African societies where some religious groups brand it a corrupting Western import.

The Nigerian men, who appeared at a court in the commercial capital Lagos, were among 57 arrested in a police raid on a hotel in the impoverished Egbeda district of the city in 2018.

The trial is a test case for a law banning gay marriage, punishable by a 14-year jail term, and same-sex “amorous relationships”. It caused international outcry when it came into force under former Nigerian President Goodluck Jonathan in 2014.

Nobody has yet been convicted under the law, prosecution and defence lawyers in the case told Reuters. But Human Rights Watch and other activists say it has been used to extort bribes from suspects in exchange for not pursuing charges.

“Police officers will stop you and then get you arrested, extort money from you and begin to call you names,” Smart Joel, one of the defendants, told Reuters before the hearing. “I just wish the case will be quickly dismissed as soon as possible,” added Joel, 25, who runs a laundry and dry cleaning business.

Spokesmen for Nigeria’s police and ministry of justice did not respond to text messages and phone calls seeking comment on the extortion allegations.

Activists working to protect rights of sexual minorities in Nigeria said they were tired of harassment.

“The vagueness of the law makes it impossible to get a conviction,” Xeenarh Mohammed, executive director of the Lagos-based Initiative for Equal Rights (TIERS), told Reuters. “What does ‘amorous showing of same-sex affection’ mean?” she added.

The case was adjourned until Dec. 11.

The judge granted each of the men bail, provided they can post 500,000 naira ($1,634.52) and provide a surety who is either a civil servant or resides in Lagos state and has a “reasonable” income.

Prosecutors told Sky News Africa that police would track down the other 10 men out of the 57 originally arrested who failed to appear in court. 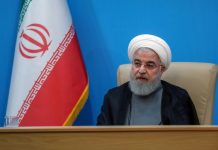 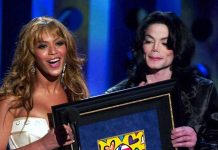 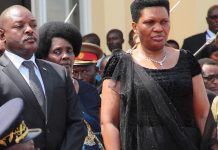 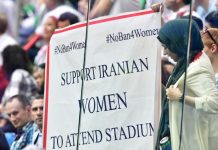