Prince Harry’s wife Meghan has returned to Canada following the couple’s bombshell announcement that they were quitting their frontline royal duties, it emerged Friday, as the monarch held urgent talks with her family to resolve the crisis.

The Duke and Duchess of Sussex spent an extended Christmas holiday in Canada with their son before returning to break the news this week that they would “step back” their royal roles.

Sky News Africa reports that Meghan flew back on Thursday, having never intended to be in Britain long. She left baby Archie behind in Canada with his nanny, and “she may stay there for the foreseeable future”, it said.

“I can confirm reports that the duchess is in Canada,” the couple’s spokeswoman told Sky News Africa.

She declined to provide further details, or confirm the Mail’s report that Harry was likely to join his wife and son in Canada shortly.

Senior royals were caught off guard by Wednesday’s announcement that the Sussexes wanted to seek a “progressive new role” and divide their time between Britain and North America.

Queen Elizabeth II’s office issued a terse statement the same evening, saying there were “complicated issues that will take time to work through”.

But a palace source on Thursday said the queen had instructed aides to work “at pace” with Meghan and Harry and the government “to find workable solutions”.

The process was expected to take “days, not weeks”, the source said.

Media reports said the queen held a series of calls on Thursday involving Harry, his brother Prince William and their father Prince Charles, the heir to the throne.

Harry and Meghan said they intended to continue to “fully support” the queen and “collaborate” with senior royals.

They also want to keep their home on the queen’s Windsor Castle estate as their British base, while aiming to become financially independent.

But questions are being raised about what this means in practice, as their security is paid for by the state and they receive funds from the queen and from Charles.

William and Harry have always held a special place in many Britons’ hearts because of their mother, Diana, who was killed in a Paris car crash in 1997.

With their wives, Kate and Meghan, they have been viewed as the modern face of the royal family, hailed for bringing fresh energy into the institution.

But the younger prince, who has always struggled with his role, last year revealed he has been growing apart from his brother, who as second in line to the throne is increasingly pursuing a different path.

Harry has been open about his mental health issues and he and Meghan last year admitted to struggling with the spotlight following their wedding at Windsor Castle in May 2018 and Archie’s birth a year later.

The couple have also lashed out at negative news coverage, with Harry calling some of it racist. They have recently taken several newspapers to court — a highly confrontational approach by royal standards.

The couple’s decision to effectively resign their royal roles follows a turbulent year for the Windsors. 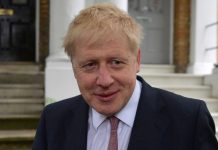