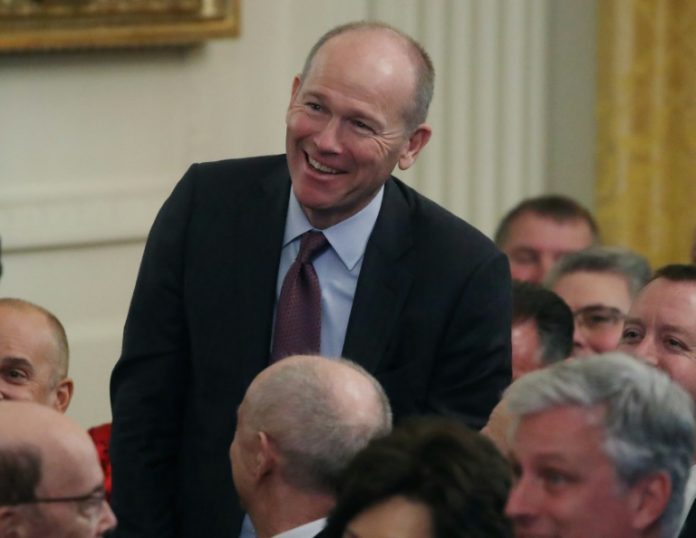 Boeing Chief Executive David Calhoun sought to pivot from a bruising period of crisis and scandal on Wednesday, pledging a renewed commitment to safety and transparency and endorsing the long-term viability of the 737 MAX plane.

“I commit to you to be more accessible than the team has been,” Calhoun said at the outset of an hour-long conference call with reporters, the first such event with a Boeing executive since the MAX was grounded in March following two deadly crashes.

Calhoun vowed a “safety first” culture and promised investment in the firm’s engineers, who critics say have lost influence in the company’s zeal to boost its share price.

Without safety “there is no shareholder value, there is no profit-sharing,” Calhoun said a day after the company’s decision to push back the timeframe for the MAX’s return until at least midyear.

Calhoun reaffirmed his commitment to the MAX, saying “I believe in this airplane” and pointing to positive feedback from pilots as he dismissed speculation it could be grounded permanently.

A former General Electric and Blackstone Group executive who has been on the Boeing board since 2009, Calhoun took the corner office at Boeing this month after the company ousted Dennis Muilenburg in December.

Analysts have broadly supported the move, although some have questioned whether Calhoun’s lengthy board tenure makes him an ideal agent of change.

The appearance came ahead of the first flight of the Boeing 777X, a key step in trying to jump-start a new model that has missed earlier deadlines.

Late Wednesday Boeing said the first flight, scheduled for Thursday, would be delayed “due to weather” but the company was assessing a possible Friday flight.

Sources have said the flight is scheduled to leave from Seattle, where rain was forecast for Thursday.

Calhoun’s appearance also came hours after bruising comments from US President Donald Trump, who called Boeing a “very disappointing company” because of the MAX crisis.

Calhoun responded to sometimes pointed questions from reporters with greater ease and less defensiveness than the more technocratic Muilenburg.

The former boss was savaged by lawmakers at congressional hearings and lost the confidence of airlines and regulators with a series of too-rosy predictions about the MAX that damaged credibility.

But Calhoun dismissed a question on whether Boeing would suspend or cut its dividend as a way to signal a shift in the company’s orientation, saying the company has the financial capacity for the payoffs.

The policy will persist “unless something dramatic changes,” he said.

And he largely downplayed a series of troubling internal emails in which employees ridiculed regulators, airlines and Boeing’s safety culture.

The “appalling” messages were from a small group of employees and don’t reflect the overall corporate culture, which is “good,” he said.

“Our employees care about safety a lot but their confidence is shaken. I have to restore it.”

The appearance came a day after Boeing announced it does not expect regulatory approval to return the MAX to service before mid-2020. The company this month suspended production on the jet, its top-selling plane.

Calhoun described a production ramp-up plan that will begin some months before mid-year, with the company’s supply chain engaged “well before that.”

While there were multiple factors behind the two crashes, Calhoun highlighted in particular a wrong assumption by Boeing and regulators that pilots could quickly respond to the malfunctioning of a flight handling system and reassert control over the plane.

That system, the Maneuvering Characteristics Augmentation System, has been singled out as a central factor in both the Lion Air and Ethiopian Airlines crashes, which together claimed 346 lives.

Calhoun predicted the flying public would come around on the MAX after the jet gets a rigorous once-over from regulators and pilots. 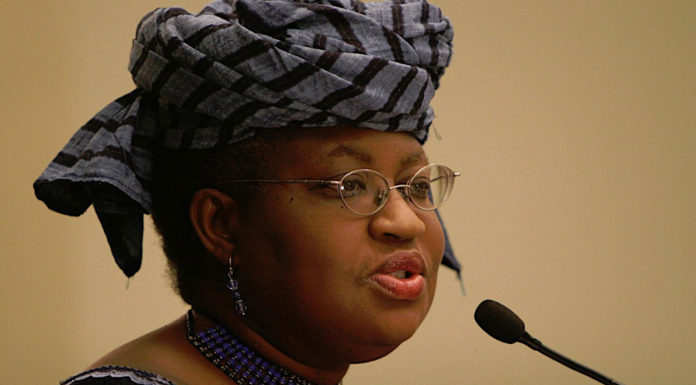