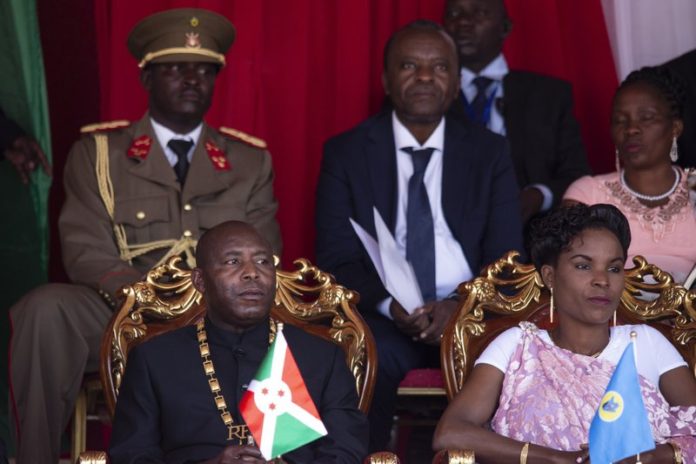 Burundi’s new president has signaled that his government will take the coronavirus pandemic more seriously than his dead predecessor, calling the virus the country’s “worst enemy” and announcing new screenings.

President Evariste Ndayishimiye on Tuesday said the screenings will be launched wherever clusters of cases are suspected, and that soap prices and water bills will be reduced.

Predecessor Pierre Nkurunziza died last month of what Burundi’s government called a heart attack. His government had been criticized not taking the pandemic seriously. It kicked out the World Health Organization’s country director, allowed large campaign rallies ahead of the presidential election in May and expressed the belief that divine protection would largely suffice for protection.

Some countries and human rights groups have expressed hope that the new president, an ally of Nkurunziza, might break with certain ways of his predecessor. There was little sign of face masks or social distancing at Ndayishimiye’s swearing-in two weeks ago.

In his speech on Tuesday, the new president also compared people refusing coronavirus testing with sorcerers — “a dangerous accusation in Burundi, which in the past has led to killings. The language being used by the president risks demonizing those who contract the disease,” Lewis Mudge, Central Africa director at Human Rights Watch, said in a statement.

Mudge also called the plans for new testing and cheaper access to soap and water “a positive step.”

Burundi has 170 confirmed cases of the virus, according to the Africa Centers for Disease Control and Prevention.

Health workers in Burundi have warned that the coronavirus is more serious there than the government admits, Human Rights Watch said last week.

Several workers spoke anonymously to the group, alleging that the National Institute for Public Health is refusing to conduct virus tests or properly inform the public on the extent of infections. They also alleged that a national hotline for COVID-19 often goes unanswered, and that supervisors tell them to keep quiet about shortages of medical equipment.