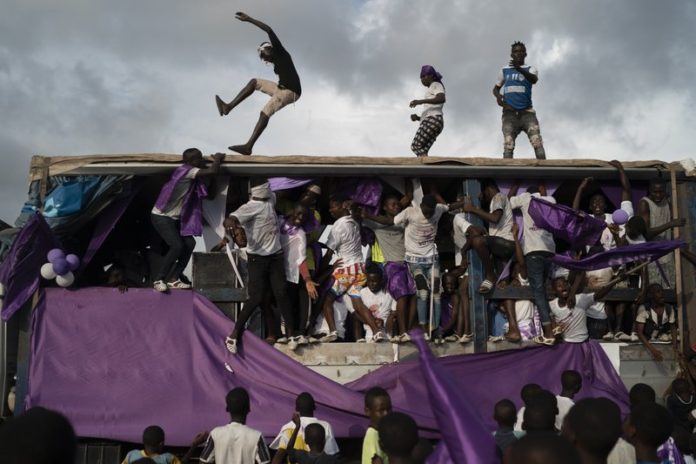 Opposition activists are threatening to block access to polling stations Saturday in an effort to disrupt the presidential election in Ivory Coast, where incumbent Alassane Ouattara is seeking a controversial third term after nearly a decade in power.

An alliance of opposition parties is boycotting the vote and has called on activists to prevent polling stations from opening, setting up a potential showdown in a country where post-election violence killed more than 3,000 people in 2010-2011.

In a sign of mounting tensions, unknown gunmen fired on a motorcade that included one of the president’s campaign directors near Agbaou, some 150 kilometers (93 miles) north of Abidjan, witnesses said. No one was hurt in Thursday night’s attack, officials said.

On Friday, anti-Ouattara protesters set up roadblocks in neighborhoods of the capital, Yamoussoukro, while south of Abidjan youths blocked access roads to the city with tree trunks.

At least 20 people have died in unrest leading up to the vote, though the opposition puts the death toll at 70. The prosecutor of the International Criminal Court has expressed deep concern about “an escalation of serious violence over the past few days in some towns and cities.”

“I call on all political actors and their supporters to show calm and restraint,” Fatou Bensouda said. “The violence seen in Ivory Coast during the first pre-election crisis of 2010 must not be repeated.”

The 2010 presidential election brought months of violence after then-President Laurent Gbagbo refused to concede defeat to Ouattara. Ouattara ultimately prevailed and Gbagbo was acquitted of crimes against humanity at the International Criminal Court, but many now fear that anger over the president’s bid for a third term could reignite old rivalries.

At the president’s final campaign rally in the Abobo neighborhood of Abidjan, supporters carried signs proclaiming “say no to violence.” However, tempers flared as crowds of thousands pushed and jockeyed to get closer to the stage where Ouattara briefly addressed his fans.

“Don’t accept being prevented from voting, you are going to protect the polling stations,” he told them.

The top two opposition candidates, Pascal Affi N’Guessan and Henri Konan Bedie, have pulled out of the race in a boycott, warning that if the vote goes ahead it could fuel further unrest.

“In 2010 we had elections that killed a lot of people. The U.N. officially counted 3,000 dead but it was more than that. We don’t want to relive that same scenario again,” said Maurice Kakou Guikahue, the executive secretary in chief for Bedie’s party, the PDCI.

Ouattara’s opponents already tried unsuccessfully to have his candidacy thrown out, citing constitutional term limits. The president maintains the two-term limit does not apply to him because a new constitution was approved in a 2016 referendum.

Now the opposition is calling for non-violent resistance.

“I call on Ivorians to intensify actions on the ground. There will be no elections on Oct. 31 in Ivory Coast,” N’Guessan said in an interview this week with France 24 and Radio France Internationale.

“Roadblocks will be set up all over the country and the police won’t be able to stop us. We are going to impose respect for the constitution on Mr. Ouattara.”

The president, who has broad international support and was re-elected five years ago with nearly 84% of the vote, initially said he would not seek a third term. He backtracked, though, after his chosen successor died from a heart problem in July.

Critics say Ouattara has essentially shaped the race to his favor, stacking the electoral bodies with his supporters to ensure any legal appeals fail. Forty of the 44 people who applied to run had their candidacy rejected, including two prominent politicians in exile.

Guillaume Soro, a former prime minister and president of the National Assembly, remains in France after his return to Ivory Coast was thwarted by criminal charges his followers say were politically motivated. Gbagbo, the former president, is living in Belgium while ICC prosecutors appeal his acquittal, was struck from the electoral list and refused a passport.

Ouattara will face just one other candidate, Konan Bertin Kouadio, who broke away from his longtime party earlier this year to run as an independent when they chose Bedie instead as their standard bearer. Kouadio received less than 4% of the vote in the 2015 presidential election.

Ouattara has rejected calls for an election postponement, insisting that the vote will be held as scheduled Saturday and that no changes will be made to the country’s Independent Electoral Commission.

“Ivory Coast is not in crisis. Ivory Coast is at peace. And we must continue to preserve this peace,” Ouattara said at the start of his campaign earlier this month. “We do not want more violence. We want the president of the republic to be chosen through the ballot box.” 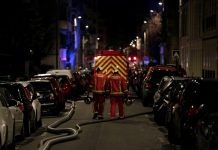 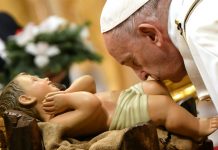 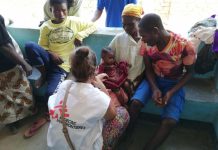 Over 6,000 Congolese killed by measles outbreak says WHO 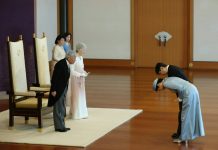