After hours in the waiting Monday and a postponement of his questioning he was eventually questioned over an alleged involvement in sending jihadist militants to Syria and Iraq.

The supporters of the Ennahdha chief chanted “freedom” and slogans as they gathered in a show of solidarity. The party spokesperson denounced “a willingness to ill treat” Ghannouchi throughout the interrogation process:

“He is a citizen [Rached Ghannouchi] who came willingly. He came freely, not under arrest. They [his lawyers] asked that the interrogation be postponed to today because the conditions for the interrogation hadn’t been fulfilled yesterday [the previous day].
What surprised us was that there was a willingness to ill-treat Rached Ghannouchi, and to subject him to these conditions, despite his age, Imed Khemiri lamented. We think this is a form of torture, and it undermines the transparency of the questioning.“

One of the deputies of the party Ali was also questioned and was held at the headquarters of the anti-terror unit late Monday. In a statement released overnight, Ennahdha denounced the interrogation as “a flagrant violation of human rights”.

Citing one of his lawayers, Reuters agency reported Laarayedh will appear before a judge on Wednesday. “We are shocked..the file is completely empty and without any evidence“, Samir Dilou, another lawyer told Sky News Africa.

After the 2011 overthrow of long-time president Zine El Abidine Ben Ali, thousands of Tunisians joined the ranks of jihadist organisations — most notably the Islamic State group in Syria and Iraq, but also in neighbouring Libya.

Ennahdha had on Sunday decried attempts “to use the judiciary to tarnish the opposition’s image” and implicate its leaders in “fabricated affairs”. 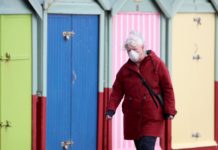 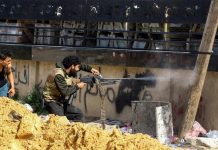 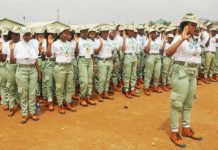 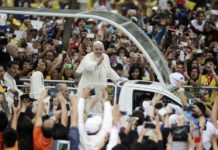