The government accused Tigray forces of transporting fighters in trucks “illegally” painted with U.N. logos, and it warned humanitarian groups to avoid operating in areas where “the government is taking preventative measures to thwart attacks,” according to a statement.

Journalists, human rights researchers and other independent watchdogs have been long barred from the Tigray region, complicating efforts to verify combatants’ claims.

Ethiopia’s military has used drone strikes on many occasions in the conflict that began in late 2020, according to witnesses and health workers.

Humanitarian groups have struggled to deliver aid for an estimated 13 million people inside Tigray and in neighboring Amhara and Afar regions amid the fighting. The Tigray region has been without basic services like power and communications for well over a year.

The WFP said two trucks had been traveling together from the Tigray city of Shire to the Zana district to help newly displaced people. The driver of the damaged truck had minor injuries, the agency said.

The WFP called on all combatants to “commit to safeguarding humanitarian workers, premises and assets.” A lull in fighting beginning in March enabled the WFP and its partners to reach almost 5 million people in the Tigray area, but fighting resumed in recent weeks.

The conflict has seen abuses by all sides. Last week, U.N.-backed investigators said they have turned up evidence of war crimes and crimes against humanity by Ethiopian government forces, Tigray forces and the military of neighboring Eritrea, which also is targeting Tigrayans.

The Commission of Inquiry on Ethiopia said Ethiopian forces had resorted to the “starvation of civilians” as a tool of war.

Also last week, U.N. humanitarian chief Martin Griffiths pointed to a survey in Tigray in June that found 89% had insecure access to food, “more than half of them severely so.”

19 dead in boat accident in Nigeria 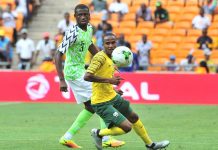 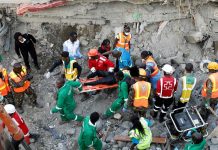 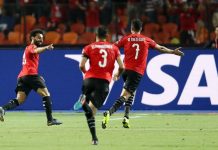