For a year and a half, phone calls to people trying to survive one of the world’s worst wars didn’t go through. Now, as phone lines start to be restored to parts of Ethiopia’s Tigray region after a fragile peace deal some Tigrayans are relieved while others grieve.

“I have been dreading receiving phone calls,” said a Tigrayan living in Norway, who like others spoke with The Associated Press on condition of anonymity out of fear of reprisals against his relatives. “You want to speak to your family, but you don’t know what kind of stories you will hear, in terms of who is still alive.”

The conflict between Ethiopian and allied forces against the Tigray side is estimated to have killed hundreds of thousands of people since late 2020, according to the United Nations and the United States, citing academic research. The U.N. secretary-general has said more people have died in this conflict than in Ukraine’s.

Only now are many Tigrayans starting to learn the fate of loved ones as phone lines are reconnected in some areas that have returned to the control of Ethiopia’s federal government.

On Dec. 10, the Tigrayan in Norway spoke with his father and siblings in the central town of Adwa for the first time since June 2021.

“I didn’t know if they were still alive, so it was a shock to hear their voices,” he said. “I didn’t know where to start. I had to hang up and call them back later. … It was really special.”

Yet the call also brought painful news: His family told him seven neighbors in their home village 30 kilometers (18 miles) south of Adwa had been killed after Ethiopian and allied forces from neighboring Eritrea took control of the area in October, just days before the peace deal was signed.

In recent days, social media has been flooded by posts from Tigrayans who say they have learned of the deaths of loved ones. The most prominent was World Health Organization director-general Tedros Adhanom Ghebreyesus.

“I was informed that my uncle was murdered by the Eritrean army,” he told journalists last week. “I spoke to my mother, and she was really devastated because he was the youngest from their family and he was almost the same age as me, a young uncle.”

Tigray’s phone, internet and banking services were first cut for the region of more than 5 million people when the conflict began. They were restored in some areas in early 2021 as the federal government attempted to assert control but cut again when Tigray forces recaptured most of the region in June 2021.

The communications blackout is “the world’s longest uninterrupted shutdown,” according to internet rights group Access Now. Ethiopia’s government, which has barred journalists from traveling to Tigray, asserts that the shutdown is necessary for security.

Human rights experts have said the blackout has helped fuel abuses by troops confident their crimes will not reach the outside world. All sides have been accused of atrocities, notably Eritrea’s forces, who waged a campaign of killings, gang rapes and enforced starvation and remain in parts of Tigray. Eritrea was not a party to the peace deal and remains a major challenge to its implementation.

The terms of the deal signed in South Africa on Nov. 2 commit Ethiopia’s government to restoring basic services to Tigray. Humanitarian aid is again arriving after months of restrictions, and several places have been reconnected to the national power grid. Limited banking services returned in some places this week.

But areas under Tigray forces’ control, like the regional capital of Mekele, are still cut off by phone from the outside world. And even in areas where phone lines have been restored, the connection is unstable, with calls often not going through.

A Tigrayan living in Ethiopia’s capital, Addis Ababa, said he spoke with his father in the Tigray town of Shire last Friday. It was the first time they had spoken since May 2021.

Meanwhile, Tigrayans with family in areas still under Tigray forces’ control are still waiting to hear from relatives, with anticipation mixed with dread.

“The peace is good, but I still haven’t been able to talk to my parents,” said a Tigrayan civil servant in Addis Ababa. “They live around Adigrat and Zalambessa. There were many Eritrean troops there, so I fear what happened to them during the recent fighting.” 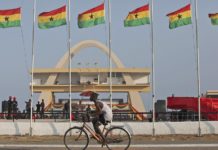 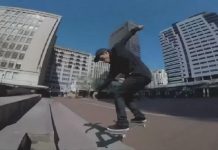 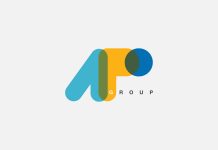