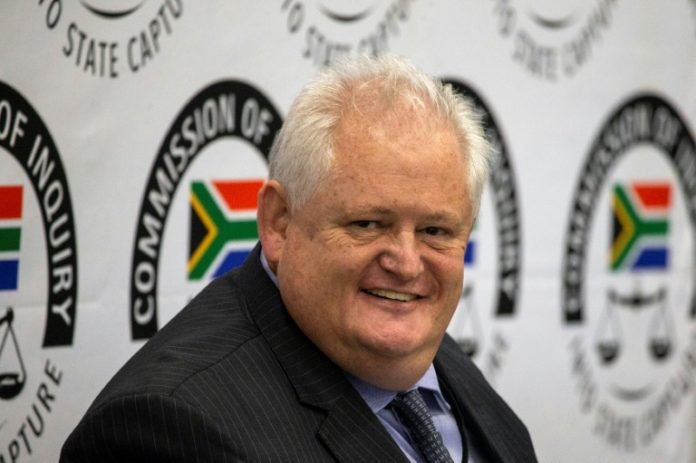 The allegations by Angelo Agrizzi, a former executive of the Bosasa company in South Africa which had contracts with the state, have gripped the country as investigators probe the scandal-tainted reign of former president Jacob Zuma.

Appearing this week at the Zondo commission in Johannesburg, Agrizzi said he supplied an array of services for high-profile members of Zuma’s government and the ruling African National Congress (ANC).

“I am talking about doing the favours, doing the lekgotlas (party meetings), being in the forefront, doing the cakes, doing the birthday parties, organising things,” a jolly and confident Agrizzi told the commission.

“I was personally involved. I would have to authorise,” he said.

The explosive testimony has yet to be weighed by the commission for truth and fairness.

But if true, it powerfully supports long-standing accusations that Zuma let ministries and government agencies be plundered during his nine-year reign — a scandal known in South Africa as “state capture”.

Lobby group Corruption Watch executive director David Lewis told AFP that the revelations cast a stark and worrying light, not least on “the willingness of ordinary South Africans to get involved in something completely against the law.”

Former and current ministers, civil servant and some of the big banks have also given testimony to the Zondo commission, but it is Agrizzi who has stolen the spotlight.

For more than a decade, Bosasa — renamed African Global Operations in 2017 — used so-called “monopoly money” to secure huge profits from contracts with government departments and state-owned companies, according to his account.

The smartly dressed former executive, flanked by private security guards, has so far made seven appearances before Judge Raymond Zondo.

This week he named some high-profile ANC figures as recipients of “grey security bags full of money,” aimed at ensuring that the winds of politics blew favourably for his former company.

Vincent Smith, a MP on the National Assembly’s correctional services committee, was allegedly paid 100,000 rand ($7,200) monthly to not ask questions in parliament.

The current minister of environmental affairs Nomvula Mokonyane, who served as Zuma’s minister of water and sanitation between 2014 and 2018, got 50,000 rand in cash monthly, according to Agrizzi.

Bosasa, he said, paid for funerals for Mokonyane’s deceased family members and rented cars for her daughter for months at a time.

Each Christmas, he said, he would send her 120 cases of cold drinks, four cases of high-quality whisky, 40 cases of beer, eight butchered lambs,12 cases of frozen chicken and 200 kilogrammes (440 pounds) of barbecue beef, as well as bottles of brandy and speciality alcohol.

Mokonyane, according to the local media, has complained that the commission breached her right to fairness — that she was not advised of the testimony ahead of schedule in order to provide a timely rebuttal.

Zuma’s turn as head of state came to an end last February, when he was replaced by his vice president, Cyril Ramaphosa.

Eager to distance himself from the scandal-strewn Zuma era, Ramaphosa declared his presidency was a “new dawn” for South Africa.

But the tableau of graft emerging at the commission — which includes a poorly explained donation from Bosasa for Ramaphosa’s own political campaign in 2017 — has caused many to think of a dark past, not a brighter future.

In image terms, the immediate loser is the ANC, which faces elections in May.

“There is no way that you can hijack state institutions without starting with the ANC.”

The party of freedom icon Nelson Mandela has ruled since the end of apartheid 25 years ago and is tipped to win the elections this time despite faltering support, internal divisions and a sluggish economy.

But Mathekga said the very explosiveness of the charges risks breeding a “level of cynicism that might not be healthy for democracy.”

The ANC may well win, but at the cost of voter alienation, a situation that arose in local government elections in 2016, he said.

Ramaphosa, for his part, says that in inquiries of this kind pain is part of the process of healing.

“People are impatient… but I’m saying, ‘let’s allow this to happen and the stories to come out and then later on we will then be able to take action’,” he told local news station eNCA from Davos where he was attending the World Economic Forum.

‘Why now?’ Dismay as US considers troop pullout from Somalia 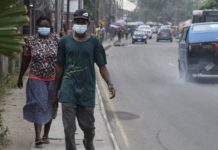 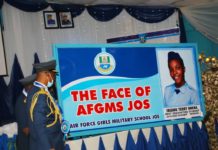 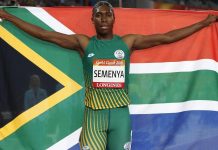 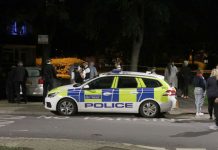