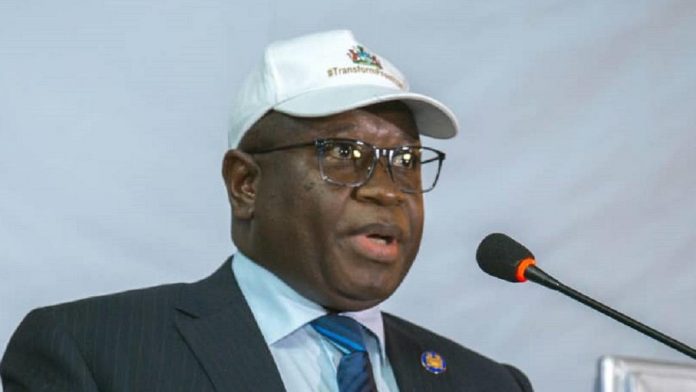 Sierra Leone President Julius Maada Bio on Tuesday launched a formal audit into the affairs of the past government at a ceremony in the capital, Free Town.

There are three different commissions each to be led by a judge. They include a Sierra Leonean, Ghanaian and a Nigerian judge. Their oaths were administered by the president.

The Commissions of Inquiry’s mandate included looking at Governance Processes, Assets and Forensic Audit in the era of the now main opposition All People’s Congress (APC).

The duration of their work is to cover the two-terms under which ex-president Ernest Bai Koroma was in charge of affairs, that is between 2007 to 2018. It is expected to work for the next six months.

The commission was constituted as a result of a government transition report commissioned by President Bio to review the economy, investigate graft and inappropriate acquisitions of state assets and property.

It will investigate the former President, Vice Presidents, Ministers and their deputies, heads and chairpersons of boards of parastatals, departments and agencies among others.

Officially launching the commissions, the president stressed that corruption is a threat to national development and a threat to Sierra Leone ‘s existence as a nation.

He further assured that he will empower the Anti Corruption Commission to use all legal powers to investigate and prosecute all corruption cases including those under his watch.

He is quoted as saying “let me make this solemn promise to the nation,anyone found wanting of corruption in my administration, will be promptly removed from public office and subjected to the full force of the law.”

Sierra Leone’s Attorney General and Minister of Justice, Priscilla Schwartz assured persons who may be of interest to the commission, that the process is not a witch hunt but a quest for accountability and encouraged them participate in the process.

The judges sworn in on Tuesday to head the commission include: Justice Biobele Georgewill from Nigeria, Justice William Annan Atuguba from Ghana and Sierra Leonean Judge, Justice Bankole Thompson.

The commission shall submit a report to the president after it has ended its inquiry or investigation, for consideration and / or any action.

However, the main opposition APC party have reaffirmed their position, stating that unless their demands are met and the due processes are followed, their officials will not subject themselves to any commission of inquiry which they described as a witch hunt and partisan.

“…..That the source document for the Commission of Inquiry, i.e the Governance Transition Team (GTT) report 2018, is replete with tribal, regional and partisan sentiments and incitement and therefore poses a serious national security threat….” reads part of a press release by the APC, dated 29th January, 2019.

Responding to the concerns of the opposition APC, president Bio said all those who will be invited by the Commission of Inquiry must fully comply and anyone who fails to honor the invitation of the Commission will face the full penalty of the law.

Protesters with placards, many of them Ebola and Mudslide survivors were outside the venue of the inauguration, the Peace Museum, pledging their support and calling on the process to be carried out fairly.

The body will start the Public Hearings on Monday 4th February, 2019 at the Peace Museum after pre-conference hearings with the judges. 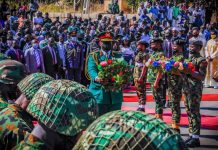 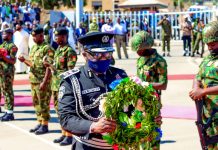