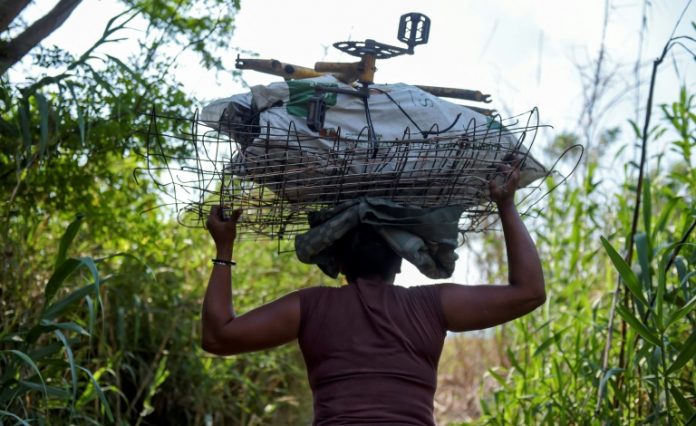 In the thick vegetation along the Colombian border, bands of Venezuelans make their way unseen, puffing under the heavy loads of scrap metal on their backs like leaf-cutter ants, covered in filth and trying to make enough money to simply survive.

Maria, a 52-year-old single mother-of-two, recently had to stop driving the vehicle she had once used to make her living because there were no more spare parts to buy, and she had no money to buy them anyway.

Now she trudges along a muddy path through the long grasses, pushing a handcart laden with scrap metal she has scavenged from who knows where, to sell on the other side of the border.

It is one of the 30 or so illegal crossings that Colombian police have identified along the border with Venezuela, close to the Colombian border town of Cucuta and the Simon Bolivar International Bridge which connects the two countries — but is currently closed to all but pedestrian traffic.

Venezuela’s economy has imploded under the stewardship of President Nicolas Maduro, and most people cannot make ends meet.

With what she earns from selling the scrap, Maria — who declined to give her last name — will buy flour, potatoes, carrots and garlic to keep her family going for a few days, before she has to set out again on the murky trail through the weeds.

“I enter Colombia here with the cart, through this muck, but when I come back I come over the bridge. I push the cart along this path so they don’t confiscate what I’m carrying,” she said.

For those who live in the border region, no visas or other special papers are needed.

As she talks, people pass by — young and old — carrying bundles of scrap metal. Some are wearing rags, others are shirtless. The lucky ones have handcarts, others are bent double under the weight of the cargo they carry on their shoulders.

The border has long been a center of smuggling, but it used to be focused on the much more valuable commodity of gasoline, which was massively subsidized by the state and sold at impressive mark-ups across the border.

Now, the contraband is essentially junk — old bits of metal and tires, or whatever people can carry through this steaming hot bush.

“I do it because I have to, I don’t like this work, it’s very hard for me to carry these bundles,” said Maria.

More than 40,000 people cross the Simon Bolivar bridge every day, according to Colombia border officials.

It is, however, impossible to estimate how many people cross illegally each day all along the 2,200 kilometer (1,400 mile) border.

The crisis in Venezuela has only bolstered the illicit cross-border traffic.

In the trails among the foliage, people speak in low voices about how they blame President Nicolas Maduro’s government for the crisis in Venezuela

“We have impounded a large quantity of meat over the past year,” Colonel Francisco Gelvez, deputy commander of police in Cucuta.

He said the lack of sanitary controls in Venezuela meant that cattle are slaughtered there and the meat is sold in Colombia at knock-down prices. He added he worried about the health risks from such contraband meat.

Cucuta alone has around 2,000 police officers watching the border, looking out not just for the usual smugglers but for guerillas from Colombia’s last remaining left-wing insurgent group, the ELN, who extort money from the traders.

Dayana Pirela almost vanishes behind the seven plastic crates she is carrying. The diminutive former university student, now aged 29, had to quit her job selling clothes when the economic crisis gripped her country.

“We were happy and we didn’t know it … Now my life is recycling, carrying tin cans and saucepans, scrap metal, whatever we find in the streets”, she said. She works to support herself and her two children, both of them aged under 10.

In the trails among the foliage, people speak in low voices about how they blame Maduro’s government for the crisis that has forced them into such dire straits.

Maduro, locked in a power struggle with an opposition whose leader has been recognized by some 50 countries as the legitimate interim president, blames the country’s woes on a US plot to oust him.

Tensions have risen since the US sent humanitarian aid to Cucuta, only for the Venezuelan authorities to block the bridge to prevent its entry.

Whether that aid makes it across the bridge — and if it even makes much difference if it does — Dayana still has to feed her kids.

“The trails are our way of life right now, a way for us to feed ourselves,” she said, unloading her crates and preparing to peddle her meagre wares. 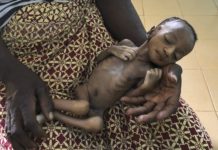 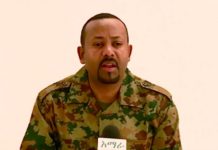 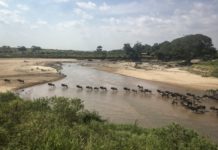 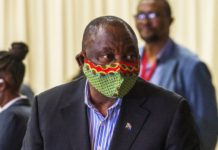